The principle of specificity applies to all sports. It states that training towards a discipline or sport should be relevant and appropriate to the sport for which the individual is training in order to produce the desired effect. Essentially, specificity in training means that you must perform the skill in order to get better at it. This principle is important because applying specificity correctly will allow one to have a focused, efficient and effective training program that will lead to the desired performance gains.

Quality training will be specific to the individual. It will include a progression plan where the athlete may peak for a particular event. The individual’s progression plan will include an overload period or multiple overload periods followed by rest, permitting the athlete to adapt, become stronger, fitter and faster for the sport or discipline in question.

These classical means of training are often prescribed around 2 variables, intensity and duration. The intensity is the degree of difficulty of a particular activity. The volume is most often a function of time. Time is preferred over distance since the speed or objective of an activity is often quite different where a distance goal may result in the athlete not meeting the objective. There are many ways to plan intensity and duration, however they all revolve around effort level and time.

Lila Exogen is a loaded (light weight variable resistance) garment. Specific loads can be applied to the athlete as they perform their sport. This introduces a third training variable, specific weight. The loads are light, attached by Velcro to the garment. This permits the addition of light, but specific weight to a training program. Because the loads are applied to the limbs, dynamic or sport specific movements now become strength movements. This permits athletes to become stronger, faster and more efficient at the their respective sport.

The light loads of Lila Exogen add a tiny “energy tax” to all workouts. When used correctly, this “tax” flips to a performance bonus through time. Patience is the key with Lila Exogen along with consistency in use. The performance bonus is through improvements in movement economy, cardiovascular efficiency and strength, at speed.

To see any or observe appreciable gains, a minimum of 3 months is use is recommended. Any quality program will have a training intensity distribution phase, or base phase, which could also be called, “training the body to train”. Consistent use of Lila Exogen from the “Train to Train” phase through to tapering for the event is the best way to receive the largest fitness bonus. This phased planning requires time for the body to adapt and ought to include recovery phases. It should be noted, a typical Ironman or marathon training plan is 6 months. Over such a period of time, the performance bonus is genuine since all the training should have been done at the athletes planned speed and hear rate zone, but under a progressive load via Lila Exogen.

The performance bonus from Lila Exogen begins with light loads. This “background” training load is nearly imperceptible to the athlete. As the athlete adapts, the load becomes easy and “normal”, then gradually increase the load. Note, the basic objective is to write the training plan including the third training variable, weight, through all phases of the training plan. The fine details of how to achieve this are a more detailed subject.

The loading starts light, and slowly increases. Increasing load, similar to volume and intensity, can lead to excessive fatigue. If anything, early planning and a conservative load schedule will achieve a greater performance bonus than being too aggressive. An aggressive load schedule is the equivalent of ramping up too much intensity or volume before the athlete is ready. Excessive fatigue will result or worse, an injury.

By working with Lila Exogen in a conservative manner, the athlete should achieve the goals of the program more consistently. The most important of these is meeting the planned training zones of a particular workout at all times. Or placed another way, make your easy days easy and hard days hard. The HARD equation is something that many amateur athletes are not good at. They are often working too hard or not hard enough. This approach to training will minimize the training adaptions the athlete will experience.

This leads to the first objective of Lila Exogen use, always meet the work goal. If the workout is a zone 2 run, load light and conduct it a speed to ensure 100% of the workout is in zone 2. Conversely, to ensure HARD for the interval workout, an athlete may wish load marginally heavier to “tax” the body more making it easier to meet the HARD objective on the day.

The second objective of the Lila Exogen use is economy of movement. Load in such a way that the weight compliments, reinforces or corrects sport specific movement. Loading light, is the best way to conduct this. The light loads create a sub-conscience proprioception effect that leads to greater sport specific muscle memory. And most importantly to the endurance athlete, a greater fatigue resistance at speed is possible.

The third objective with Lila Exogen is maintaining training speed. With a conservative load plan, the training program should result in the same expected speeds for the athlete. The Lila Exogen athlete will however achieve the speed under a higher training load. Maintaining the speed is imperative to the performance bonus. Training with “heavy” loads may make a stronger athlete, but the athlete in question will not be winning the race. The goal is a stronger fatigue resistant endurance athlete. As such, if the athlete is loaded to heavy, or due to fatigue is going slower than expected, or the training zone is not being met, reduce the Lila Exogen loads.

A fourth performance objective is greater cardiovascular efficiency. It is recommended to conduct the base work in Dr. Phil Maffatone style, maintaining an aerobic training zone for 80% of all activities. However, if completed with a Lila Exogen light training the load, the athlete is subjected to a cardiovascular taxation that is difficult to achieve in any other way.

The Lila Exogen endurance athlete should ensure the four objectives above are always being met in every training session. With repeated use over multiple training phases, the performance gains can be significant. This is the third training variable to train with, weight. This offers a new opportunity to make the endurance athlete a better athlete.

Perhaps the largest performance bonus related Lila Exogen use for endurance sports is strength endurance. All the while the athlete is meeting the above objectives, they were achieved by carrying a progressively high training load, at speed. Over time, the athletes body will adapt, become stronger, more cardiovascular efficient and with greater movement economy.

The final phase of any training program is the taper. Traditional taper plans are only based on volume and intensity. The Lila Exogen athlete has a 3rd variable to their disposal, weight. Tapering down to carrying no load, liberates the athletes body. They will feel incredible light and will gain a boost in speed through this light feeling. Therefore reaping the Lila Exogen Performance Bonus on race day. 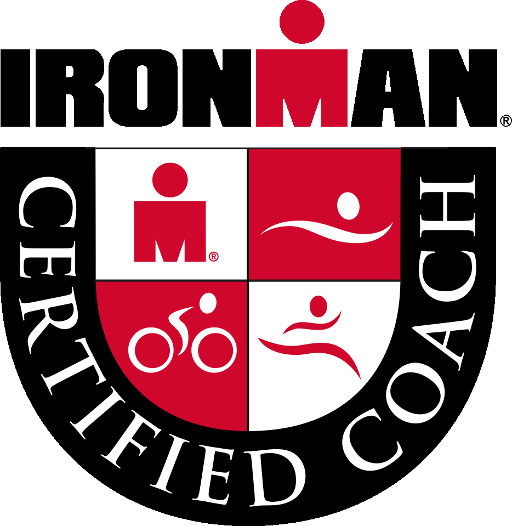 Todd is an IRONMAN Certified Coach and LILA WRT Master Trainer. Professionally he is registered Professional Engineer in his home country of Canada.

Todd has been involved in endurance sports since 2009. In his first triathlon he was nearly last out of the water. He found a passion plus a cycling and running enjoyment that carries through to all he does today. Todd is an adult who learned to swim efficiently. As a child swimming was not a priority. However, through repeated practice he now completes Ironman swims in under 1:05 with a goal to improve further. Todd’s cycling passion has lead him to cycle the length of Vietnam through the inland mountainous route. His running habit is fueled by bike fitness.

In 2016, Todd adopted a novel training plan with light weight resistance training, Lila. www.lilamovetech.com is a compression garment permitting all your workouts, regardless of sport, to be conducted under light loads. By conducting your training under light load, at your speed, you become stronger and faster.

Athletically in Triathlon, Todd has won 3 smaller Triathlons in Vietnam in 2012 and 2013. 2016 was by far his best year. It did not start that way however with a DNF at his first 70.3 of the year. Patience, a plan and experience to execute a good plan, resulted in 2 Age Group wins, an Age Group Podium and Personal Best Ironman time.

The first of the 2016 wins was the Ironman 2016 70.3 Asia Pacific Championship in Cebu where Todd won the 45-49 age group. He followed this up by winning the 45- 54 Age Group at Challenge Nha Trang (Half). The peak came in Hawaii at the 2016 Ironman World Championships. Todd smashed his personal best Ironman time by 38 minutes. This resulted in a finish time of 9:56:37, on a race 115th fastest 3:21:07 marathon. (A side benefit was that this run time also qualified Todd for the 2018 Boston Marathon, in an Ironman.) Five weeks later, with a goal to return to Kona in 2017, he started Ironman Malaysia in Langkawi. Fatigue was an issue, however Personal Best Swim and Bike times with a 3:32 marathon resulted in his second sub 10 Ironman at 9:58:35 and a 3rd place in his 45-49 Age Group.

These results were a product of continuous improvement coupled to a strong plan. Todd seeks to instill this consistency, planning, patience and work ethic into his clients. Making you a better you then a better athlete.

Or
Create an account for faster checkout, tracking of orders, exclusive access to privileges and coach advice